With so many advantages with Micro Inverters, its no wonder why they have become a popular choice when going Solar!

Take a look at the micro inverters we currenty use. 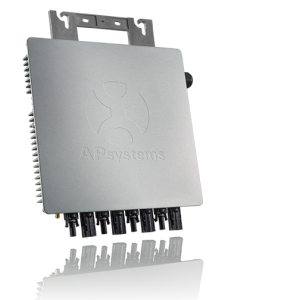 APS Micro inverter technology maximizes power generation for each module in the PV array, boosting system efficiency by up to 20 percent compared to conventional “string” systems. When combined with the APS Communicator and APS Monitor, the APS Micro inverter lets you track the performance of each module in your PV array through any web-enabled device. A single APS YC500 microinverter unit handles two PV modules, significantly lowering installation and balance-of-system costs. All APS micro inverters undergo rigorous factory testing, evaluation and field tracking, and are built to a 25-year design life.